These types of conversations can be challenging for family members to have. Talks involve difficult scenarios about the likelihood or inevitability of chronic illness or injury.

Most individuals are surprised to learn that neither Medicare nor group/individual medical insurance plans provide for traditional LTC needs.

Family members leading these chats generally fall into the sandwich generation, i.e., individuals who care for aging parents while saving for their own retirement and raising kids.

Long-Term Care plans are usually associated with our senior generation. However, you should take note that over 40% of individuals in long-term care facilities are under the age of 65.

My job is to help you and your family members understand the potential need for long-term care and to plan effectively for future events - expected or not.

Mom Was Young: A personal story shared by Eric Haglund

My mother was in her early fifties when my parents divorced. She was young, sharp, and vital. She seemed like the last person on earth that would need long-term care services. Well, Mom suffered a heart attack in her mid-fifties.

She bounced right back and recovered well. My siblings and I were jolted into reality and began to talk about acquiring long-term care coverage while she was still young.

It was too late.

Her heart history left her uninsurable at age 57. By the time she was 59, she began to show signs of Alzheimer's Disease, a condition known to progress rapidly and mercilessly. Within 3 years, she was not able to take care of herself. Without long-term care insurance, her need for facility-based services consumed all of her assets. The most important thing to my mother was her independence, both personally and financially. In a short period of time, she lost both. It is an understatement to say I felt devastated as I had to stand helplessly by her side.

If I could say anything about my family's experience to help others, it would be to plan. Plan in advance. Care to ask the questions that need to be asked and obtain the coverage you or your parents may need as early as possible. Life often takes unexpected turns.

Planning for long-term care is a deeply emotional conversation between aging parents and their children. It engages every aspect of the caring and compassionate relationships we share between family members.

No matter how difficult, hold the conversation before any health event occurs. Waiting until an event occurs may lead to in-the-moment emotions, decision-making made to be more difficult, and funding options much more limited.

What Does LTC Insurance Provide?

ADLs include elements of everyday life:

Cost depends on a variety of factors:

LTC costs continue to escalate annually at a rate much higher than inflation, making cost of living features a vital component of these plans.

You'll want to consider geographic location when estimating the benefits that may be needed. Different regions of our country have higher medical care costs than others.

Are LTC Plans Only For Senior Adults?

In fact, over 41% of LTC is provided to people under age 65 who have experienced an accident or illness that left them unable to care for themselves.

For seniors, the importance of a good long-term care plan is only amplified:

Approximately 70% of people who live to age 65 will need some long-term care services at some point in their lives.1

Many Americans incorrectly believe their individual/group medical insurance plan or Medicare plan will cover their long-term care (LTC) needs. The truth? Not one of these medical insurance options cover or provide benefits for LTC needs.

Family and friends are the sole caregivers for an estimated 70% of senior citizens. In the year 2020 alone, an estimated 12 million older Americans needed LTC services. Most were, and will continue to be, cared for at home by the Sandwich Generation. They are the Sandwich Generation, those with children to educate, college to save for, careers to pursue, retirements to save for, and parents to care for - all at the same time.

The Sandwich Generation situation isn't going away anytime soon: the proportion of adult children providing personal care and/or financial assistance to a parent has more than tripled over the last 15 years. 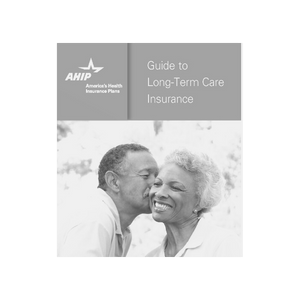 An introductory guide to what long-term care (LTC) insurance is, how much it may cost, and what is included or excluded in policies. 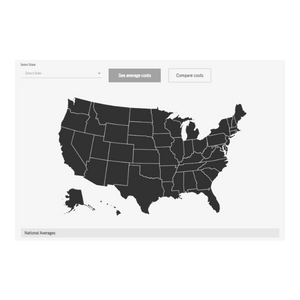